I actually mentioned this recipe 2 months ago (see the post here) and I JUST now got around to trying it over the weekend.

The hubby and I were both SO excited about this recipe. Let’s be honest here, the idea of it sounds amazing! I didn’t really alter it too much – I just made my own spaghetti sauce and added ground beef. Unfortunately, the hubby and I were both mildly disappointed. It was good, especially dipped in extra meat sauce, but it wasn’t amazing. There was just too much BREAD flavor. I brushed the top with butter and then added garlic powder and Parmesan cheese, but it still just tasted like bread.

Overall, I would say it was good.. but I’d rather just make baked spaghetti. The time and effort that went into this meal was more of a pain in a butt than anything.

Another Pinterest recipe that I tried.. Loaded Baked Potato and Chicken Casserole. And (not so) surprisingly, I forgot to take a picture of it. It actually looked so pretty too! Now this recipe was definitely a winner! I loved it, especially with some sour cream on the side. Yummmyyyy. Although, I did cook the chicken prior to putting it in the oven – the idea of putting raw chicken on top of cooked potatoes kind of grossed me out. 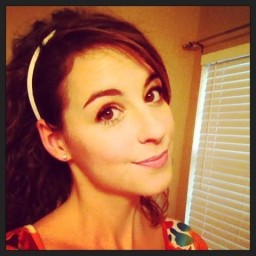